The Browning Version Class 11  is a one-act play written by Terence Rattigan that revolves around three characters- Taplow, Frank, and Mr Crocker Harris.  Taplow was in teen and was 16 yrs old and Frank is a young teacher and Mr. harris was a middle-aged schoolmaster. Taplow came to school to do some extra work for Harris. He meets Frank and both begin talking after that Millie enters.

The Browning Version About The Author

The browning version has been written by Terence Rattigan, who was a dramatist and a screenwriter. Hw was born on 10 June 1911 in London. His notable works include The Deep Blue Sea, The Winslow Boy, The Separate Tables, and The Browning Version. Through this one-act play, he tried to explain the ideas overflowing in the minds of a teenager. He remarks about Harris, his teacher. Taplow imitates his voice and does not like his way of teaching. 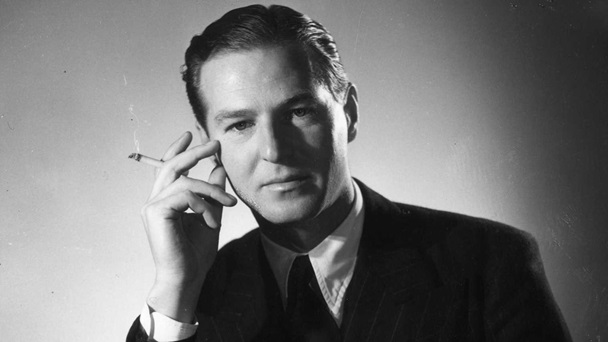 Characters Sketch of The Browning Version

He was very strict and a disciplined pedagogue who had the last day in school. He was leaving and gave extra work to Taplow. Taplow has missed school for a week. Harris told that he would come and see his work and with this, we can see how strict he was with his students. He was very impartial with his students and never does anything against the rules and regulations of the school campus. We can say Crocker-Harris was an ideal teacher and that was his last day.

He was a student of Crocker-Harris and studied in lower 5th grade. He has a keen interest in science but hates arts. He also doesn’t like His teacher Harris and presents his views very frankly to Frank, his science teacher. Mr Crocker Harris gave him extra work to do as he was absent for a week. He does not like this but has Hobson’s choice as he was afraid of him. He laughs at his jokes deliberately out of respect.

He was a young science teacher who had an affair with Crocker Harris’ daughter, Millie Harris. He was liked by all the students but this is also not good as there is a thin line between a teacher and his or her students. He grows a sympathetic attitude towards Andrews and at the end of the play, he broke his relationship with Millie.

He was the school headmaster with a charming persona. He gave two bad news to Andrews; the first one was related to stopping his pension. And the second one was dr. wants him to be the first speaker in the school assembly.

This is an extract and a one-act play that revolves around three characters. It also tells about a student who has an aversion to arts and his teacher. He had an informal conversation with a young dynamic teacher Frank Hunter. Taplow was called by Crocker-Harris to do some extra work. Although Harris has not arrived yet it was his last day at this school. He has been a strict teacher and students do not like him at all.

Frank started a conversation with Taplow. Taplow told him that we had met earlier in lower 5th grade. He also told him that he does not announce the result like Harris as it is always announced by the headmaster. Taplow would have to keep his fingers crossed to know the result. He told Frank that if grades are good he would go for science as he has a keen interest in the subject.

He doesn’t like art where he has been taught greek words and Crocker-Harris punished them for not learning it.  Frank realised that Taplow has no interest in arts and he also does not like Harris much. He had been given some extra to do that day. Taplow told that it was the last day of school and he wished to play golf. He thinks that Harris also has much more to do as it was his last day also in school.

Frank understands his pain and consoles him. Taplow feels that it was good from others but no one can imagine it from Mr Harris. As he himself told him the other day that Taplow deserved this extra work. He very frankly told the science teacher that Mr Harris was a very hard and harsh man. He also added that he felt sorry that he was talking too much.

Frank also pretended that he was unhappy but still he insisted Taplow imitate Harris. After that, he told him to do his work and be quiet pretending to be strict. Frank told him that as Crocker-Harris was late, he could play golf.

But Taplow was afraid of him and nobody has ever denied his work or orders. He also says that he is sadistic in his attitude and enjoys others’ pain. Frank was jealous as the boys felt afraid of Harris. Frank tries to take names but Taplow does not. Frank was trying hard to know more but at the same time, he was showing anger also.  Taplow was calling and making fun of Crocker-Harris by saying Crock.

Taplow continues to say that he was more than a sadist as a sadist also has some feelings but he has not. Frank tries to provoke him by saying that no one likes Crocker-Harris. Taplow admitted that even though all these qualities, he likes him. He elaborates on this by citing an experience that happened in the classroom. As usual Mr Crocker Harris made his classical jokes and nobody paid any heed to it. Taplow said I laughed out of respect so that he does not feel bad and embarrassed.

Mr Harris wanted him to explain the joke in front of the class. Just then His daughter enters, Millie Crocker-Harris. She was very lean and was in her late thirties. She dressed very smartly and stared at both of them, where they both could not notice him. Frank was trying to make fun of Harris as soon as she entered. When they both saw her, they felt worried as they thought she might have overheard their conversation.

Millie suggested to Taplow that he can leave if he wished to as Harris was at the Bursar’s and may come late. Taplow asked Millie what would happen if he arrived as soon as he left. She then gave him the prescription and sent him to the chemist. Taplow was happy and left.

Q1. Comment on the attitude shown by Taplow towards Crocker-Harris.

Taplow was respectful towards him although he does not like his teaching methods and has no keen interest in arts. He tells that Harris was a  feelingless human being. He was afraid of him and dared not leave until he came.

Q2. Does Frank seem to encourage Taplow’s comments on Crocker-Harris?

Yes, Frank was a young dynamic teacher and was incessantly provoking Taplow to imitate Harris and pours out his negative feelings about him.

Q3. The manner you adopt when you talk about a teacher to other teachers.

We should be very humble and respectful while talking about other teachers. We should never use nicknames and their dignity should not be lowered before anyone. We should keep in mind that they are experienced and more aged, so we should respect their position and their profession as well. It is very bad to run down any pedagogue in front of other teachers and enjoy their behaviour or make fun of their style or way of teaching. Other teachers might feel very bad from hearing this and we should be very cautious while having a conversation with them.

Q4. Why do you think Frank envies Mr Crocker-Harris’? What possible reasons make him so unique?

Frank has a green-eyed monster towards Mr Harris because he feels that even after Harris was not three physically then also students never leave the class. They all are scared up to the brim. Taplow also informs him that he is a sadist and an emotionless figure. Frank was jealous that Taplow and other students did it out of fear but seems to be in control of Crocker-Harris.

Q5. What do you learn about the system of education in old British schools from the play ‘The Browning Version’?

Old British schools focus on teaching classical languages like Latin and greek. Lower-grade students were made to learn or either say they all were made to mug up plays like Agamemnon. Since the schools of that time focusing on the acquisition of languages, students do this out of interest as the methods used were conventional and lethargic.

There was also the system of corporal punishment, students for simple mistakes while learning had to repeat them fifty times and was given extra homework to do. That is the reason why students were afraid of their teachers and could not express much. But, we have seen students like Taplow who love and respect their teachers in every case and situation.

A sadist is a person who gets pleasure out of giving pain to others.

Given below are some dictionary definitions of certain kinds of persons. Find out the words that fit these descriptions:

Notice the following words in the text. Guess the meaning from the context.

It is a one-act play and taken from The Browning Version as an extract. It basically highlights the attitude of a student toward his educator. It also focussed on the teacher’s part so that they also know and can maintain a line between being formal or informal.