We in this article have penned down the lake isle of Innisfree summary along with the poetic devices and meanings. We have also provided the students with the ncert solutions so that students could get an idea about how to answer the questions. The poem is lyric and the poet explores a place that is giving him peace and calm; a haven. 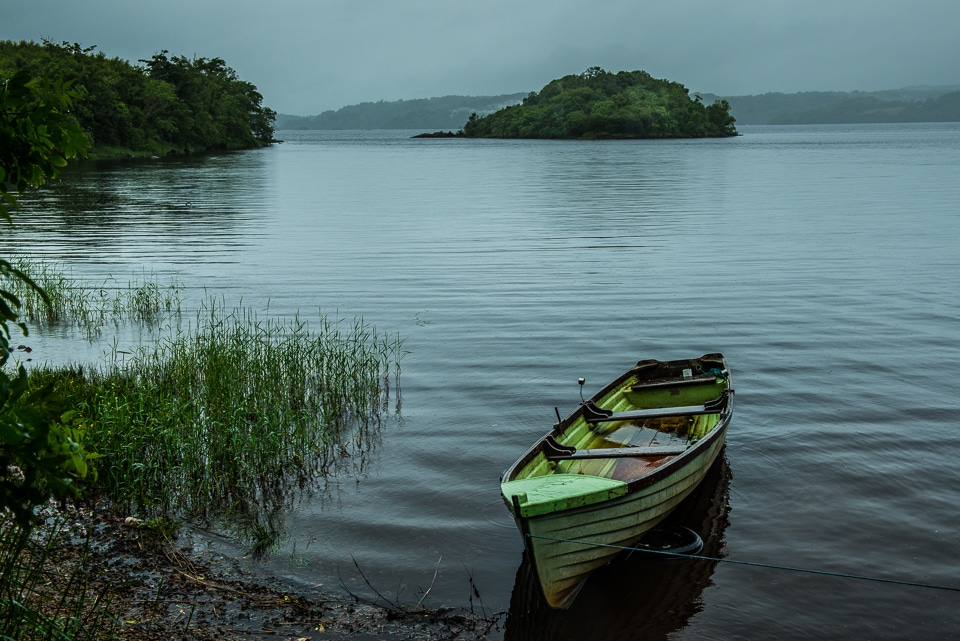 The Lake Isle Of Innisfree – About The Poet

William Butler Yeats was born on 13 June 1939 and was an Irish poet, dramatist, writer. He also helped to establish the Abbey Theatre and served as the Senator for two years.

He writes literary texts that are based on realistic issues and are more physical. He was also awarded the Nobel Prize In Literature. Through this poem, he shares his longing for peace and to go to heaven, where he has spent a lot of time and wishes to go back.

The poet through this poem shares his desire to go to Innisfree, a place where he had once spent a lot of time. He wishes to go back to feel nature’s beauty and says that he wants to build a simple and small hut that will have nine bean rows and also it will have a beehive.

He wanted to live alone there and enjoy the tranquility of nature. He wanted to live in the lap of nature to enjoy peace and beauty. In the end, the poet also tells us about the fantasy image that reality is just the opposite of the dreams we see.

The poet here in the first stanza tells us about his longing that he wants to go to the Innisfree. He on reaching there wishes to build a small simple hut with sticks and will make the fences of nine beam rows. He will get the honey from the beehive. He will have that open space so that the buzzing of bees could be heard.

In the above stanza, the poet says that when he goes to Innisfree he would be happy and content and will be living a peaceful life. He describes that at dawn when it is cloudy it will look like that a veil has been used by the sky. This also seems peaceful to him. He further added that when cricket will sing a song that too would bring him peace and calm.

At night when he would see the twinkling stars in the open sky, their shine would get him peace and calm. Then in the noon, when the sun will shine in the purple glow that too would give him peace. As soon as he sees the linnet bird fly in the clear sky, it will give him the peace and content he wishes to have.

In the last stanza,  the poet says that he will stand and go to the Innisfree because every day and night he can hear in his mind the lake waters splashing and striking the shores.

While away from the Innisfree he still can and can hear the deep sound of the scenes which he produced in the poem itself. He was fantasizing but is lost in his own world where he wishes to go Innisfree and be in the lap of nature to enjoy its beauty and peace.

Literary Devices in the poem

2.Alliteration: The repetition of a consonant sound in two or more closely placed words is called alliteration. The instances of alliteration in the poem are –

3.Repetition: ‘I will arise and go now is repeated in stanza 1 and 3

4.Personification: the morning is personified

5.Metaphor: clouds are compared to veils

NCERT Solutions Of The Lake Of Innisfree Class 9th

1. What kind of place is Innisfree? Think about:

(i) the three things the poet wants to do when he goes back there (stanza I);

(ii) what he hears and sees there and its effect on him (stanza II);

(iii) what he hears in his “heart’s core” even when he is far away from Innisfree (stanza III).

(ii)  The poet sees the morning as if the sky were wearing a veil and also hears the song of the male cricket. He saw the linnet bird flying above the clear sky. The twinkling of the stars in the night sky and the purple glow of the noon sun gave him peace and calm.

(iii) Though the poet was far away from Innisfree, he could hear the sound of the lake water hitting the shore in his heart.

2. By now you may have concluded that Innisfree is a simple, natural place, full of beauty and peace. How does the poet contrast it with where he now stands? (Read stanza III.)

The poet describes the Innisfree as a land of beautiful lakes and various natural beauty. He can see a bounty of natural things like a shimmering night sky, cloudy sky, linnet bird soaring high, afternoon sun in the purple glow. He also found the cricket song’s very pleasing.

The place where he stands now is an urban place that does not have these kinds of natural scenes to see and cherish. Standing on the roads and pavements he could hear the hitting of lake water on the shore.  All these things gave him peace and calm.

3. Do you think Innisfree is only a place or a state of mind? Does the poet actually miss the place of his boyhood days?

Innisfree was the place where a poet in his early childhood pays a visit and he now he used to living in the city and expresses his desire to go there.

He wants to cherish those peaceful surroundings and live in the lap of nature. Yes, he misses badly and wanted to go as he could hear the sound of the lake water hitting the shore.

4.  Look at the words the poet uses to describe what he sees and hears at Innisfree

What pictures do these words create in your mind?

(i) We can imagine bees buzzing around.

(ii) the image of linnets flying across the evening sky appears in the reader’s mind.

(iii) These words draw an image and also, create the sound of the lake water striking against the shore of the lake.

What do these words mean to you? What do you think “comes dropping slow…from the veils of the morning”? What does “to where the cricket sings” mean?

These lines indicate feelings of peace can be cherished slowly and gradually by anyone. As one sees the cloudy sky followed by the male cricket song, or the linnet bird soaring high. These all scenarios bring peace and content to the poet’s heart.

To conclude, we have provided you the Summary Of The Lake Isle Of Innisfree stanza-wise along with the poetic devices and ncert solutions. Students can go through these and get help to solve the back exercises very easily.