We in this article have provided you with short notes of class 9 social science history The French Revolution along with the dateline and explained all the events very briefly so that students can go through very easily. We have also provided ncert solutions of class 9 chapter 1 the french revolution.

We have discussed how it all happened in France, the formation of estates, changes after the revolution, participation by women, and about Napoleon Bonaparte. Later on, we have also focussed on how democracy was established in France.

Let us start our explanation;

The French Society during the Late 18th Century 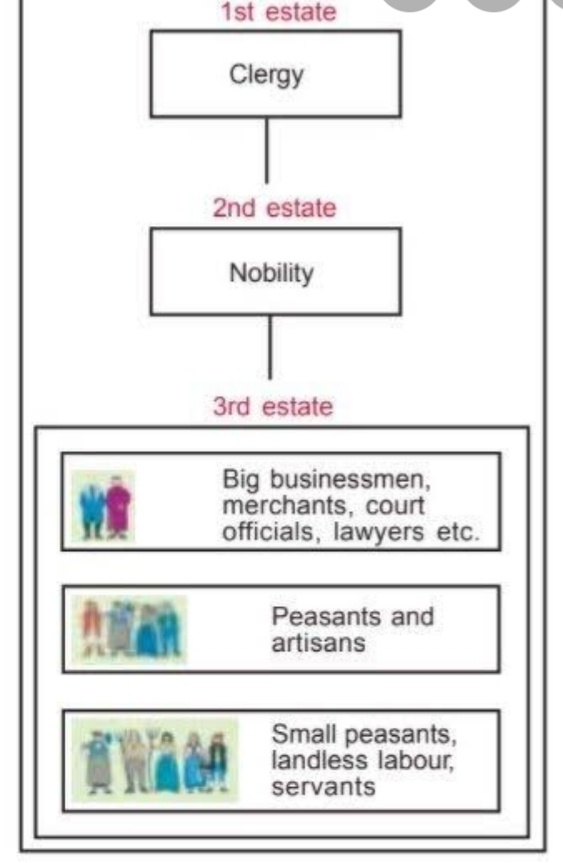 Some within the Third Estate were rich and some were poor. The burden of financing activities of the state through taxes was borne by the Third Estate alone.  The population of France exploded and so did the demand for grains. The gap between the rich and poor widened. This led to subsistence crises.

The Growing Middle Class: This estate was educated and believed that no group in society should be privileged by birth. These ideas were put forward by philosophers such as Locke the English philosopher and Rousseau the French philosopher. The American Constitution and its guarantee of individual rights were an important example of the political theories of France. These ideas were read aloud.

The Outbreak of the Revolution

The French Revolution went through various stages. When Louis XVI  from the Bourbon Family became the king of France in 1774, he found that the treasury was empty.

1789: Convocation of Estates General. The Third Estate forms the National Assembly, Tennis Court Oath the Bastille is stormed, peasant revolts in the countryside, Assembly issues the Declaration of the Rights of Man.

1795: New Constitution is adopted. A new Convention appointed a five-man Directorate to run the state from 26th October 1795. Churches reopened.

1799: The Revolution ends with the rise of Napoleon Bonaparte, Napoleon’s coup abolishes the Directory and establishes Consulate.

1789, August 4: The night of August 4 ends the rights of the aristocracy, the surrender of feudal rights.

1790: Civil Constitution of the Clergy nationalizes the Church.

1791: Dissolution of the National Constituent Assembly.

1792: Constitution of 1791 converts absolute monarchy into a constitutional monarchy with limited powers.

Executes many ‘enemies of the people in France itself.

1794: Robespierre is executed. France is governed by a Directory, a committee of five men. The Reign of Terror ends.

1799: Napoleon Bonaparte becomes the leader of the French Revolution.

Women’s participation in the revolution- 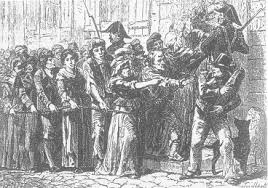 The Abolition of Slavery

The Revolution and Everyday Life

Q1.  Describe the circumstances leading to the outbreak of revolutionary protest in France.

Circumstances leading to the outbreak of revolutionary protest in France are:

Q3. Describe the legacy of the French Revolution for the peoples of the world during the nineteenth and twentieth centuries.

The ideas of liberty and democratic rights were the most important legacy of the French revolution. These spread from France to the rest of Europe during the nineteenth century, where feudal systems were abolished.

Colonized people think and work upon the idea of freedom from bondage into their movements to create a sovereign nation-state. Tipu Sultan and Rammohan Roy are two examples of individuals who supported the ideas coming from Revolutionary France.

Q4. Draw up a list of democratic rights we enjoy today whose origins could be traced to the French Revolution.

Q5.  Would you agree with the view that the message of universal rights was beset with contradictions? Explain.

Q6. How would you explain the rise of Napoleon?

In 1804, Napoleon Bonaparte crowned himself Emperor of France. He set out to conquer neighboring European countries, dispossessing dynasties and creating kingdoms.

Napoleon saw his role as a modernizer of Europe. He introduced many laws such as the protection of private property and a uniform system of weights and measures provided by the decimal system. Initially, he was seen as a liberator, a messiah who would bring freedom for the people.

But soon the Napoleonic armies came to be viewed everywhere as an invading force. He was finally defeated at Waterloo in 1815.

This map shows France and its divisions as they were in 1789. These regions were the focal point of the French Revolution.

Q1. Features are marked by numbers in the given outline map of France. Identify these features with the help of the following information and write their correct names on the lines marked on the map.

1 The region not affected by the Great Fear

Regions of France not affected by the Great Fear

2 The place where Napoleon Bonaparte was finally defeated in 1815

Q2. Locate and label the following items on the given map with appropriate symbols.

3 A Port of France related to Slave Trade

4 The port of France enriched due to Slave Trade

Q3. On the given outline map of France, locate the following cities

This map shows France and its divisions as they were in 1789. These regions were the focal point of the French Revolution.

To sum up, we have provided NCERT Solutions of Class 9 Social Science The French Revolution along with the main events and timeline. Students can get help and go through these to understand the concepts and how the events follow in history. Along with the latest pattern we have penned down some important MCQs and map work to help out the students as social science without maps would be vague. Stay updated with the cbseguides.com  for more such content.