We are providing you with the short and detailed summary of Electoral Politics Class 9th Social Science along with the NCERT Solutions Electoral Politics Class 9th Social Science to help the students to clear their concepts before the examination. Students would be able to know the gist of the chapter. We have highlighted the importance of elections, the need for elections, and how to make elections democratic. We have also focussed on the role of the Election Commission.

It is a mechanism or method by which people of a country have the power to choose their representatives at regular intervals. If people are not satisfied with the governing or working of the government, they have the right to change it.

The election procedure can be understood by the real example of the Haryana Assembly elections. It will show how candidates standing in elections become representatives and how power can be removed from their hands.

By the formation of the new party lok dal, Haryana had been ruled by Congress, and at that time, Chaudhary Devi Lal was on the opposite side and led a movement called Nyaya Yudh and formed a party called Lok Dal.

Election Campaign of Devi Lai In the 1987 Assembly election, Devi Lai promised voters that if his party won, he would give loans to farmers and small businessmen.

Voters favored Lok Dal As people were unhappy with the existing government, they were attracted by Devi Lai’s promise. They voted in favor of Lok Dal, and its partners won 76 out of 90 seats.

Results Announced Lok Dal won 60 seats that’s why it had a clear majority in the – Assembly. As the election result was announced, the existing Chief Minister of Congress resigned.

Devi Lai became Chief Minister and the newly elected Members of Legislative Assembly (MLAs) of Lok Dal chose Devi Lai as their leader. The Governor invited Devi Lal to be the new Chief Minister. After three days after the election result, he took the oath. Then his government issued a government order to give loans to small farmers, agricultural laborers, and small businessmen.

Elections are needed to elect representatives, and democracy would not hold its importance without regular elections. In the absence of elections, all the people have to sit and take all the decisions together, which is not possible in the case of large and diverse nations.

In an election, the voters make many choices like

What Makes An Election Democratic?

Elections are held in all the democratic nations as well as in non-democratic in many different ways. But we have the minimum conditions which make an election democratic

Without competition, elections would not hold any meaning and become meaningless. Different parties participate in the elections to gain the people’s confidence and, ultimately, the vote of voters.

Regular elections give incentives to the parties and their leaders; if they cannot satisfy the voters with their manifesto, they will not be able to win again.

In India, Lok Sabha and Vidhan Sabha elections are held at regular intervals i.e. every five years. After 5yrs,  the term comes to an end.  Elections are held regularly on the same day or within a few days. This is said to be a General election. Sometimes an election is held only for one constituency to fill the vacancy caused by the death or resignation of a member. This is said to be a by-election.

The constitution makers were worried about the weaker sections that might be that could not stand a good chance in the Lok Sabha and the state legislative assemblies.

If that happens, our Parliament and Assemblies would be deprived of the voice of a significant section of our population. That would make our democracy less representative and less democratic.

Reservation for SC and ST

The Makers of the constitution also thought for the weaker sections and reserved constituencies who belonged to Scheduled Castes(SC), and Scheduled Tribes (ST).

A few seats in Lok Sabha are reserved for Scheduled Castes (SCs) and Scheduled Tribes (STs). This number is in proportion to their share in the total population.

However, the proportion of seats reserved varies from state to state. Similarly, one-third of the seats are reserved in rural and urban local bodies for women candidates.

As soon as the constituencies are decided, the list of eligible voters is prepared much before the election and given to everyone. This list is officially called the electoral roll or voter’s list. The right to vote falls under the Universal Adult Franchise which states that all citizens aged 18 years or above can vote in an election irrespective of caste, creed, sex, religion etc.

Maintaining a voter’s list is the responsibility of the government to get the eligible names of the voters. As soon as the new persons attain the voting age the list is made and their names are added to it, names of dead persons, or who have moved out or already dead are removed from the list.

The voters are required to carry this card when they go to vote so that it is ensured that no one can vote in place of anyone. The card has not been compulsory and eligible persons can show other proofs also like driving license, ration card or aadhar card.

The system of our country provides almost no restrictions on anyone to contest the election. This only makes any election a democratic election.

Political parties nominate their candidates who get the party support and symbol. Party’s nomination is often called a Party Ticket. The candidate has to fill out a nomination form and give some money as a security deposit.

Moreover, every candidate has to make a legal declaration giving full details of

Campaign means promoting the policies and alluring offers and promises the candidates to make to the voters to fulfill if they win. This way, the voters decide whom they should choose.

It takes two weeks before the announcement of the final list. During this period, candidates can contact their political leaders, can hold meetings, and mobilize their supporters. They also prepare manifestos and focus attention on some big issues to attract the people to gain votes.

Slogans Given by Different Political Parties

Code of Conduct and Laws

To regulate the election campaign, there are some election laws. According to these laws, no party or candidate can

According to this, no party or candidate can 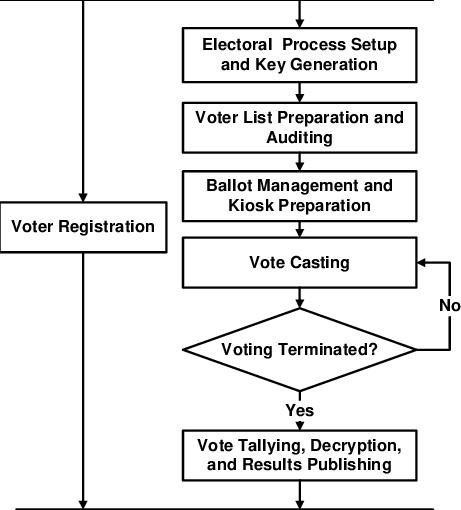 A ballot paper is a sheet of paper on which the names of the contesting candidates along with party name and symbols are listed.

Now Electronic Voting Machines (EVMs) are used to record votes. The machine shows the names of the candidates and the party symbols. The voter has to press the button against the name of the candidate, he/she wants to cast his/her vote.

After the polling day, EVMs are sealed and taken to a secure place and on an affixed date , all the EVMs are opened and counting votes begins. The candidate who secures the highest number of votes from a constituency is declared elected. Within a few hours of counting, all the results are declared, and who will form the next government becomes clear. This event is reported by television channels, radio and newspapers.

What Makes Elections In India Democracy?

Many factors ensure that elections held in India are democratic. An independent body ‘Election Commission’ responsible to conduct elections is formulated in the Constitution of India.

In India, elections are conducted by an independent body i.e. EC. The Chief Election Commission (CEC) is appointed by the President of India.

The participation and enthusiasm of people in an election is another criterion to check the quality of elections.

If the election process is not free or fair, people will not continue to participate in the exercise. People’s participation in elections is usually measured by voter turnout figures. Turnout indicates the percent of eligible voters who actually cast their vote. In India, there is a greater voter turnout of poor illiterate people compared to western democracies.

The outcome of elections-the final test of the free and fairness of it. If elections are not free or fair, the outcome always favours the powerful. In such a situation, the ruling parties do not lose elections. Usually, the losing party does not accept the outcome of a rigged election.

The outcome of India’s election speaks for itself

Challenges to Free and Fair Elections

The challenges to free and fair elections are listed as follows

2 Which of these is not a good reason to say that Indian elections are democratic?

She needs to maintain law & order and make sure one cannot appeal based on money & religion.

She needs to ensure free and fair elections besides checking voters’ lists & ID.

Keep an eye on the counting process and make sure counting is fair.

Yes, to Hispanics and Blacks because their representation in the US Congress is lower when compared to whites.

The election commission can release the code of conduct and can also punish the violators.

At the time of elections, the respective authority works under the election commission and not the government.

Yes. The percentage of voters turnout has increase

An increase in people’s participation in election-related activities has also been observed.

Despite huge expenditures and campaigns, the ruling party has lost elections in the past.

Speedy trials in the court must be done for the contestant with criminal allegations. So that actual criminals should be debarred and honest candidates get a fair chance. Steps must be taken so that small parties or individuals get a fair chance while contesting for elections.

No, because they have been proved guilty in the court.

9 Here are some reports of electoral malpractices from different parts of the world. Is there anything that these countries can learn from India to improve their elections? What would you suggest in each case?

We have provided you with short and detailed notes on Electoral Politics Class 9th Social Science and the Ncert Solutions For Class 9th Electoral Politics to help the students boost their concepts and get the gist of the lesson. Students can also be able to solve the back exercises and get an idea of how to write answers.