Students are unable to mug up the facts when it comes to social science they are unable to get the brief and updated material. We in this article will provide you with a brief introduction of class 9  geography chapter 3 Drainage along with Ncert solutions so that students can take the gist of the facts and will easily understand the basic concept of the chapter Drainage.  The chapter mainly tells about the river systems and the role of rivers in our economy.  Let’s begin with a brief introduction and get a clear idea of all the terms related to class 9 Drainage. The Indian rivers are divided into two major groups:

The major Himalayan rivers are the Indus, the Ganga, and the Brahmaputra. A river along with its tributaries may be called a river system.

The main water divide in Peninsular India is formed by the Western Ghats. The major rivers of the Peninsula, such as the Mahanadi, the Godavari, the Krishna, and the Kaveri flow eastwards and drain into the Bay of Bengal. These rivers make deltas at their outflows. The Narmada and the Tapi are the only long rivers that flow westward and form estuaries.

Some smaller rivers are flowing towards the east. Some of them are:

India has many lakes. These lakes differ from each other in size and other characteristics. 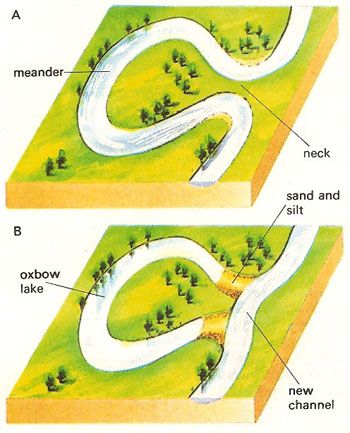 These lakes are attractive for tourists in places like Srinagar, Nainital. Different lakes are:

Lakes are useful to human beings in many ways: 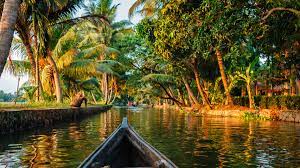 Role of Rivers in the Economy

The growing domestic, municipal, industrial, and agricultural demand for water from rivers is affecting the quality of water and is responsible for the contamination and pollution of these rivers.  Rivers are getting polluted as a heavy load of untreated sewage and industrial effluents are getting emptied into the rivers. Concern over rising river pollution led to the launching of various action plans to clean the rivers using many techniques.

Q1. Choose the right answer from the four alternatives given below.

(i) Which one of the following describes the drainage patterns resembling the branches of a tree?

(ii) In which of the following states is the Wular lake located?

(iii) The river Narmada has its source at

(d) Slopes of the Western Ghats

(iv) Which one of the following lakes is a saltwater lake?

(v) Which one of the following is the longest river of Peninsular India?

(vi) Which one amongst the following rivers flows through a rift valley?

(i) What is meant by a water divide? Give an example.

(ii) Which is the largest river basin in India?

(ii)The Ganga river basin is the largest in India.

(iii) Where do the rivers Indus and Ganga have their origin?

(iv) Name the two headstreams of the Ganga. Where do they meet to form the Ganga?

(iv)Alaknanda and Bhagirathi are the two headstreams of the Ganga. They both meet to form the Ganga at Devprayag.

(v) Why does the Brahmaputra in its Tibetan part have less silt, despite a longer course?

(v)The Brahmaputra river also known as Tsangpo in Tibet, receives a very little volume of water in Tibet so it carries little silt. But once it enters India, Brahmaputra is fed by heavy rains, and it carries a lot of water and silt.

(vi)The two rivers that flow through troughs are Narmada and Tapi. They form estuaries as they flow westward.

(vii) State some economic benefits of rivers and lakes.

Q3. Below are given names of a few lakes of India. Group them under two categories

– natural and created by human beings.

Q4. Discuss the significant difference between the Himalayan and the Peninsular rivers.

Question 5. Compare the east-flowing and the west-flowing rivers of the Peninsular plateau.

Question 6. Why are rivers important for the country’s economy? 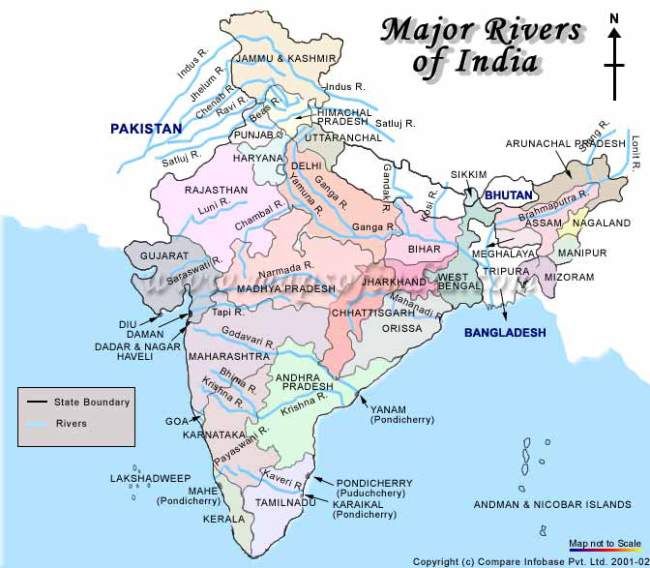 To conclude, We have penned down NCERT Solutions for class 9 geography chapter 3 Drainage along with a short introduction of the Indian drainage system with the river map of India. The students will know the concept in brief and they will be able to solve the exercises easily.