We have also shared some important diagrams and classifications along with a table of flora and fauna with their scientific names. Diversity In Living Organisms Class 9th is a very important and detailed chapter of Science Biology and we have shared each and every possible detail of it.

Students can take a quick revision and get the gist of the chapter. In this lesson, we are going to study the diverse organisms on the earth and why and how they are diverse.

This earth is full of organisms of various shapes and sizes. The largest Phylum of the animal kingdom alone contains over a million species. There are varieties of plants, right from small grasses too tall Eucalyptus trees. This variety in living beings is called diversity.

Need for a System of Classification

Because of the huge diversity in living beings, it becomes a very difficult task to study each of them one by one. To make their study easier animals and plants were categorized into groups and subgroups. Thus the system of classification started.

Aristotle classified animals according to their living environment. So he categorized them as either aquatic or terrestrial.

Aristotle‘s classification was not a good one as it categorized only aquatic and terrestrial animals.

Number of Cells in an Organism

Level of Organisation in Body

In multicellular organisms like a hydra, a particular group of cells perform the necessary functions but in the case of humans, it is completely different as different functions have different organ systems to perform.

Charles Darwin wrote the book “Origin of Species’ in 1859 and gave his theories of evolution. As per his theories, all organisms have evolved from unicellular organisms. Primitive body designs came early in evolutionary history leading to more complex designs. This gave rise to such a huge diversity in life forms. Diversity In Living Organisms Class 9th: The Hierarchy of Classification—Groups

Biologists, such as Ernst Haeckel (1894), Robert Whittaker (1959), and Carl Woese (1977) have tried to classify all living organisms into broad categories, called kingdoms. 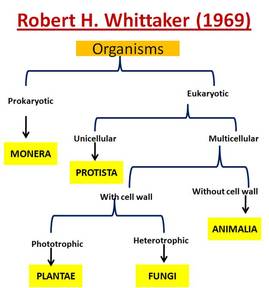 Further Levels of Classification Beyond Kingdom

Phylum (for animals)/Division (for plants)
Class
Order
Family
Genus
Species
Thus, by separating organisms on the basis of a hierarchy of characteristics into smaller and smaller groups, we arrive at the basic unit of classification, which is a ‘species’. Broadly, a species includes all organisms that are similar enough to breed and perpetuate.

Monera
These organisms do not have a defined nucleus or organelles and are unicellular.
Cell walls are present in some organisms of this group.
Nutrition: Autotrophic or heterotrophic
Examples: Bacteria and blue-green algae 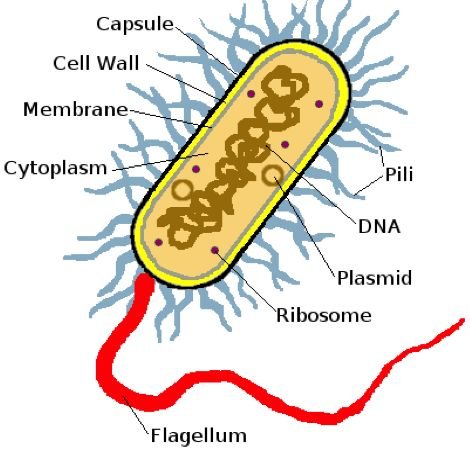 Fungi
Heterotrophic eukaryotic organisms.
Nutrition: Saprophytic use decaying organic materials as food.
Lichens: Some fungi live in a symbiotic relationship with cyanobacteria. They are called lichens. The algal part provides food and the fungal part provides minerals and substratum. 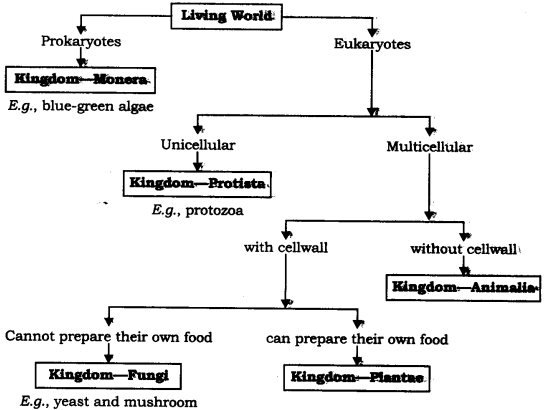 Thallophyta or Algae: Plants that do not have well-differentiated body design fall in this group. The plants in this group are commonly called algae. These plants are predominantly aquatic. Examples are Spirogyra, Ulothrix, Cladophora, and Chora.

Bryophyta: These are called the amphibians of the plant kingdom. The plant body is commonly differentiated to form stem and leaf-like structures. However, there is no specialized tissue for the conduction of water and other substances from one part of the plant body to another. Examples are moss (Funaria) and Marchantia. 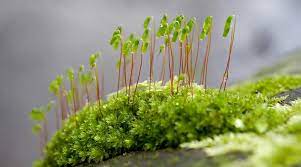 Pteridophyta: The plant body is differentiated into roots, stems, and leaves and has specialized tissue for the conduction of water and other substances from one part of the plant body to another. Some examples are MarsUea, ferns, and horsetails.

Gymnosperms: The plants of this group bear naked seeds and are usually perennial, evergreen and woody. Examples are pines and deodar.

Angiosperms: This word is made from two Greek words: angio means covered and Sperma—means seed. The seeds develop inside an organ which is modified to become a fruit. These are also called flowering plants. Plant embryos in seeds have structures called cotyledons.

Cotyledons: Cotyledons are called ‘seed leaves’ because in many instances they emerge and become green when the seed germinates.

The angiosperms are divided into two groups on the basis of the number of cotyledons present in the seed.

Classification of Kingdom Animalia: Kingdom Animalia is further classified into several following phyla. Each phylum has its own classes, sub-classes orders, families, etc.

Conventions for writing the scientific names

Q1. Why do we classify organisms?

For an easier and more convenient study, we classify organisms.

Q2. Give three examples of the range of variations that you see in life forms around you.

Q3. Which do you think is a more- basic characteristic for classifying organisms?

(a) the place where they live.

(b) the kind of cells they are made of. Why?

Classification based on living place is more basic as there can be wide variations in organisms living in a given place.

Q4. What is the primary characteristic on which the first division of organisms is made?

The nature of the cell is based on the division of organisms and hence life forms can be categorized into prokaryotes and eukaryotes.

Q5. On what bases are plants and animals out into different categories?

Mode of nutrition and presence or absence of cell walls.

Q6. Which organisms are called primitive and how are they different from the so-called – advanced organisms?

Organisms with simple cellular structures and no division of labor are called primitive. Advanced organisms, like mammals, have millions of cells and there are different organs and organ systems for different biological functions.

Q7. Will admits need organisms be the same as complex organisms? Why? T

Q8. What is the criterion for the classification of organisms as belonging to the kingdom Monera or Protista?

Q9. In which kingdom will you place an organism which is single-celled, eukaryotic, and photosynthetic?

Q11. Which division among plants has the simplest organisms?

Q12. How are pteridophytes different from the phanerogams?

Q13. How do gymnosperms and angiosperms differ from each other?

Seeds are naked in Gymnosperms and are covered in angiosperms. Q14. How do poriferan animals differ from coelenterate animals?

We have provided you with the short and detailed short notes on Diversity in living organisms Class 9th  along with the NCERT Solutions For Class 9th Diversity In Living Organisms for the students to go through before their examinations. Students would be able to get the gist of the lesson and be able to attempt the questions in the examination.