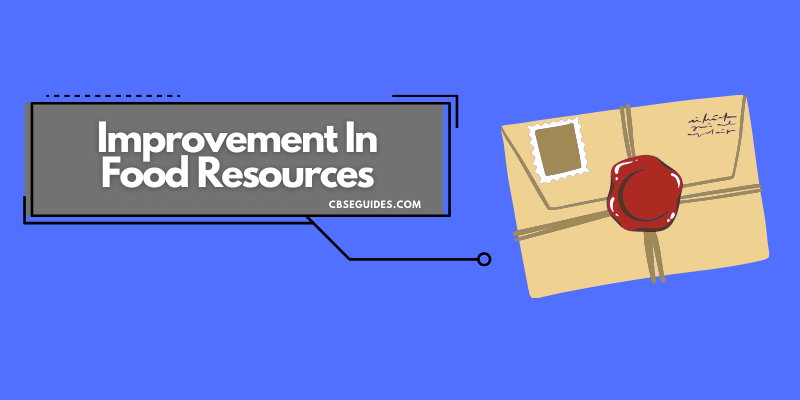 We are providing you with the summary of a letter to god class 10th first flight chapter along with the ncert solutions, MCQs, value-based questions, and some references to context to help out the students so that they can go through these and prepare for the examination.

A letter to god describes the faith of a farmer in God and how he believes that God surely helps him. His unwavering faith makes everyone help him in the post office so that he could continue to believe that God himself has helped him in his hard times.

Summary Of A Letter To God

Lencho was a farmer and owns a lonely house in the valley which was situated on the top of the hillside. One could see the river and fields. Lencho and worked hard in the fields and expected a good harvest that year. But all he wants was a good shower for his crops to become mature.

When Lecnho glanced at the northern sky, it was covered with rain clouds. His wife was busy preparing dinner when he told her that God willing it would rain. Soon big drops of water from the sky fell on his body and he became elated. He said that these big drops seem to be new coins for them.

But very soon the downpour turned into hailstones and it hailed everywhere badly. The fields were soon covered with it and looked as if it is covered with salt. The crops that were lushing green and fresh under the monsoon shower were now destroyed by the hailstones.

This made Lencho gloomy and he felt that they all had to starve this year as all the crops were destroyed. They do not even have seeds for the next crop.  But Lencho had only one hope and that is God. So, he wrote a letter to God explaining all his sufferings and demanded 100 pesos.

He folded the envelope and addressed it to ‘God’.  in the post office, an employee showed this to the postmaster and had a hearty laugh at it. He wished to have such faith in Almighty. He a; also thought to answer the letter.  But soon after reading it, he found that the man has unwavering faith in God. this made him feel sad about his condition.

So, the postman along with his friends and office colleagues decided to collect money. They all collected money and could arrange for only seventy pesos instead of a hundred. He did this to keep his faith alive. He addressed the envelope with money to Lencho. He signed under the name of God.

Again Lencho wrote a letter asking for the rest of the amount. But this time he wrote to God pleading him not to send the money by mail as he believed that the post office employees are a bunch of crooks.

NCERT SOLUTIONS For Class 10th A Letter To God

Q1. What did Lencho hope for?

Q2. Why did Lencho say the raindrops were like a “new coin”?

Lencho compared the raindrops with the new coins because they were promising him a good harvest resulting in more prosperity.

Q3. How did the rain change? What happened to Lencho’s fields?

The rain changed into hailstones as a strong wind began to blow and huge hailstones began to fall along with the rain. All the crops in Lencho’s field got destroyed because of the weather conditions.

Q4. What were Lencho’s feelings when the hail stopped?

Lencho was filled with grief after the hailstones stopped as everything was ruined and there was nothing that he could feed his family with. He could see a bleak future for him and his family.

Q5. Who or What did Lencho have faith in? What did he do?

Lencho’s had firm faith in God. he believed that God sees everything, even what is deep in one’s conscience, and helps everyone in one’s problems. He wrote a letter to god demanding him a hundred to sow his field again.

Q6. Who read the letter?

Q7. What did the postmaster do after reading a letter?

The postmaster laughed when he read Lencho’s letter but soon he became serious and was moved by the writer’s faith in God. he didn’t want to shake Lencho’s faith. So, he decided to collect, money and send it to Lecnho on behalf of God.

Q8. Was Lencho surprised to find a letter for him with money in it?

Lencho was not surprised to find a letter with money from God as he believed that God will help him.

Q9. What made Lencho angry?

There were only seventy pesos in the envelope whereas Lencho had demanded a hundred pesos. The difference in the amount made him angry.

Q10. Who does Lencho have complete faith in? Which sentences in the story tell you this?

Lencho has complete faith in God as he is instructed that God knows everything and helps us in our difficult times. He will never you in lurch. Few sentences show his enthusiasm, in the hearts of all who lived in that solitary house in the middle of the valley, there was a single hope of help from God.

God, he wrote, “ if you don’t help me, my family and I will go hungry this year.”

God could not have made a mistake, nor could he have denied Lencho what he had requested.

Q10. Why does the post, master send money to Lencho? Why does he sign the letter to God?

The postmaster sends money to Lencho to help amiability show keep Lencho’s faith in God alive and firm as he was completely moved by it. When the postmaster reads the letter of Lencho to God, he becomes serious and does not want to shake his faith and decides to answer the letter. He gathers money with the help of his post office employees and friends on behalf of God and signs the letter ‘ God’ so that Lenco’s faith does not get shaken.

Q11. Did Lencho try to find out who had sent the money to him? Why or why not?

Lencho did not try to find out who had sent the money to him because he never suspected the presence of God and had complete faith in God. he could not believe that it could be anybody else other than him who would send him the money. His faith in God was so strong that he believed that he had sent money to him for his help in his problem.

Q12. Who does Lencho think has taken the rest of the money? What is the irony in the situation?

Lencho thinks that the post office employees have taken the rest of the money as he had demanded a hundred pesos from God and in the letter, there were only seventy pesos and God cannot make such a mistake. So, he assumes that they have stolen the money.

The irony in this situation is that Lencho suspects those people who helped him in his problem and tried to keep his faith alive in God.

The Conflict between Humans and humans- The story also illustrated another conflict, between humans themselves as the postmaster along with his friends and staff sent; Lencho money that he demanded from God although they didn’t know Lencho. Lencho blamed them for taking some amount of money. He called them “a bunch of crooks’.This shows that man does not have faith in other men, thereby giving rise to this conflict.

Reference to Contexts For A Letter To God

One of the employees, who was a postman and also helped at the post office, went to his boss laughing heartily and showed him the letter to God. Never in his career as a postman had he known that address. The postmaster, a fat, amiable fellow also broke out laughing, but almost immediately he turned serious and, tapping the letter on his desk, commented: What faith! I wish I had the faith of the man who wrote this letter. Starting up a correspondence with God!

1. Lencho had written that letter to-

Ans- the letter was addressed ‘To God’

3. The postmaster was impressed with-

4. The postmaster decided to collect money from his employees-

5. The noun form of Amiable-

It’s really getting bad now, “exclaimed the man. ‘ I hope it passes quickly.” it did not pass quickly. For an hour the hail rained on the house, the garden, the hillside, the cornfield, on the whole valley. The field was white as if covered with salt. Not a leaf remained on the trees. The corn was destroyed. The flowers were gone from the plants. Lencho’s soul was filled with sadness. 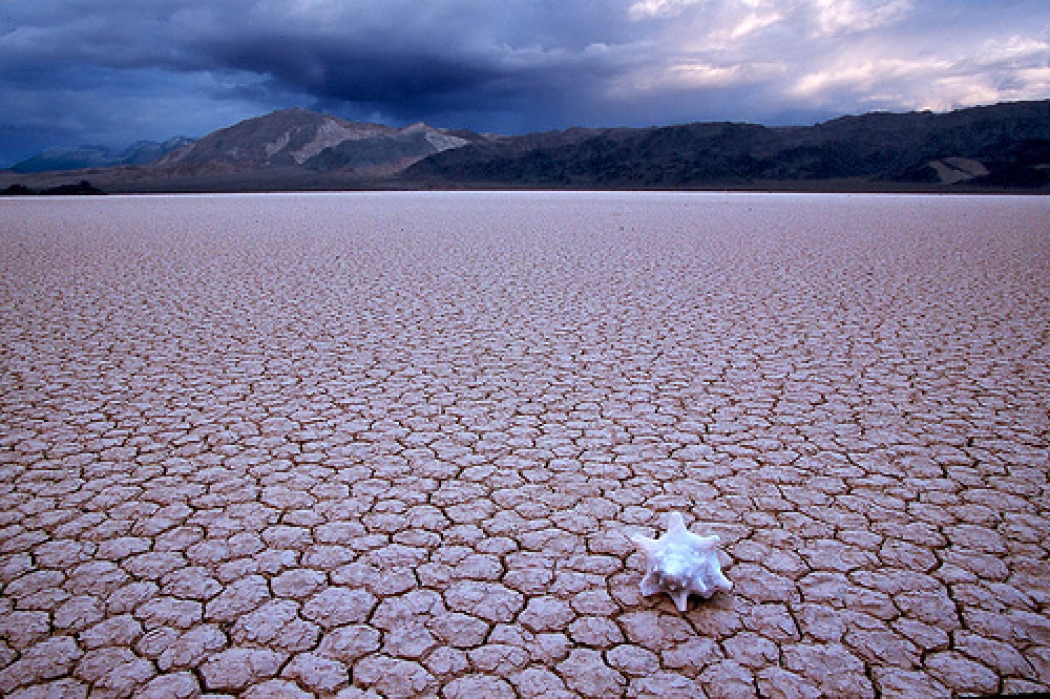 2. Lencho hoped it would pass quickly because-

Ans- the ripe corn would be destroyed in it.

3. Lencho’s hopes were belied because:

Ans- the hail lasted for an hour

4. The noun form of destroyed-

Multiple Choice Questions For Class 10th A Letter To God

Additional Questions For Class 10th Chapter A Letter To God

Q1. What were Lencho’s feelings when he found the letter with money in it? What did he do after opening the letter?

Lencho was not at all surprised to see the money in the letter as he was fully confident about it. He knew that God will send money to him. On opening the letter, he found seventy pesos instead of a hundred. So, he wrote another letter to God to send the rest of the amount too, but now not through the mail as the post office employees were crooks.

Q2. Whom did Lencho write a letter to? What did he ask for?

When Lencho’s annual crop was completely due to heavy rains and hailstorms, and there was no one to help him during the crisis, at that time, Lencho wrote a letter to God. He wrote the letter requesting him to send hundred pesos so that he could sow his fields again till the next crop.

Q3. How far would you agree that one’s positivity can bring in a spark of brightness even in adverse circumstances?

Optimism can indeed bring about a spark of brightness even in adverse situations. It was Lencho’s innocent optimism that eventually led to his getting seventy pesos. In fact, his positivity, despite the hailstorm that he even wrote a letter to God in the first place. His hope finally triumphed.

Q4. Did the letter reach God? Why did the postmaster send a reply to Lencho?

No, the letter did not reach God. The postman saw the letter addressed to God and took the letter to the postmaster. The post, master did not want to shake Lencho’s faith in God. so he sent a reply to Lecho. He sent seventy pesos to him. 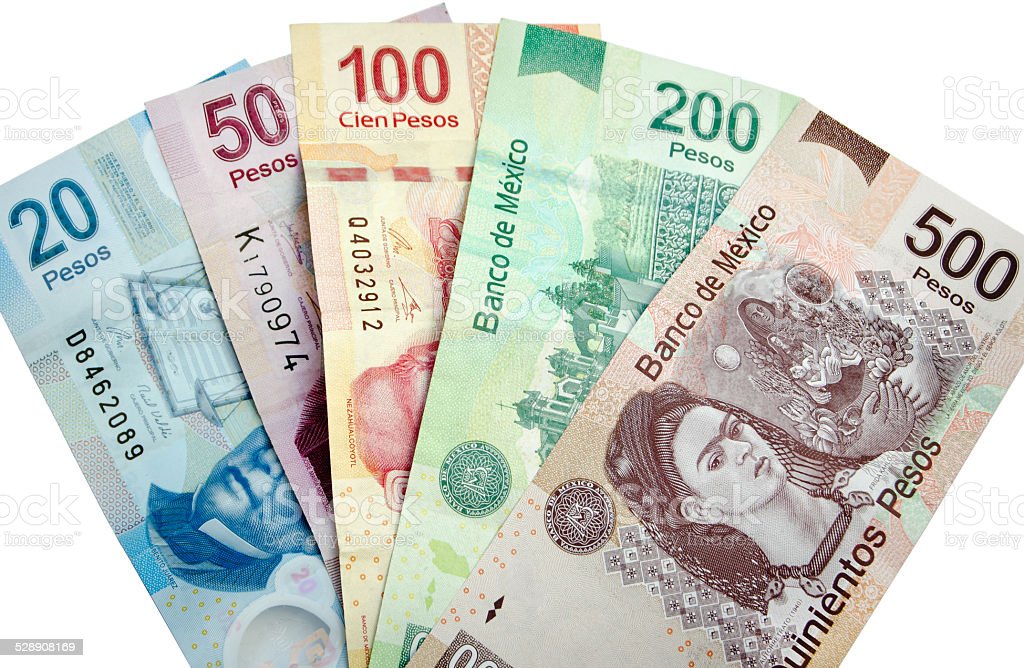 Q5. Lencho describes the post office employees as “ a bunch of crooks”.

Lencho thought that the post office employees had cheated him. So he calls them “a bunch of crooks”. But they were not crooks. They were kind people and wanted to help Lecho. So they collected seventy pesos and sent the money to Lecho by mail.

We have jotted down the short and detailed summary of class 10th First Flight lesson 1 A Letter To God along with the NCERT Solutions, MCQs, reference to contexts, and additional questions. Students can go through these and they will find them easy to solve. The article would also help them to know the variations in the exam pattern and the assessment scheme.