We in this article below will provide the students with the summary of the legend of the northland along with the ncert solutions. We have explained the poem stanza-wise, focussing on the explanation of the poetic devices and the difficult meanings in the stanzas. The poem is in the form of a ballad written by Phoebe’s Cary.

A Ballad is a kind of poem that tells a story in the form of short stanzas and each stanza is of four lines. It is a part of folk culture and passed on to posterity in oral form.

A Legend Of The Northland Central Theme

The story is all set in the Northland which is situated near the North Pole. the exact palace is not at all mentioned in the poem. The legend here means a historic and a very old story that has been passed on to generations.

The poem is about an old lady who angered Saint Peter because of his greed. One day, Saint Peter was preaching roaming around the world and reached the door of a small cottage where this woman lived and baked cakes and cookies on the hearth.

As Saint Peter was fainting with hunger so he asked for a piece of cake from that lady. The cake she was baking appears to be big so the lady baked another small one. Again to her, it appeared a little big so she again baked a smaller one for the Saint.

In the third attempt, she took a little flour to bake a cake that was as thin as a wafer and she was not able to give that also.  This scene made the Saint angered and frustrated with her and he cursed him by saying that she should not live in the human form and transferred her into a woodpecker bird.

Now the lady in the bid form had to bore hard onto the wood for little food and she can be seen like this every day.

A Legend Of The Northland About The Poet

The poem has been written by Phoebe Cary. She was born on 4 September 1824. Through this ballad, she has emphasized karma and how you can in your life form do welfare of society. Humans are blessed as they have the intelligence to mold opportunities into their own favor and can help each other to prosper. But there can be many who don’t want to part away with their worldly pleasures. According to the poet, these people should get ready to face the music.

A Legend Of The Northland Poem’s Analysis 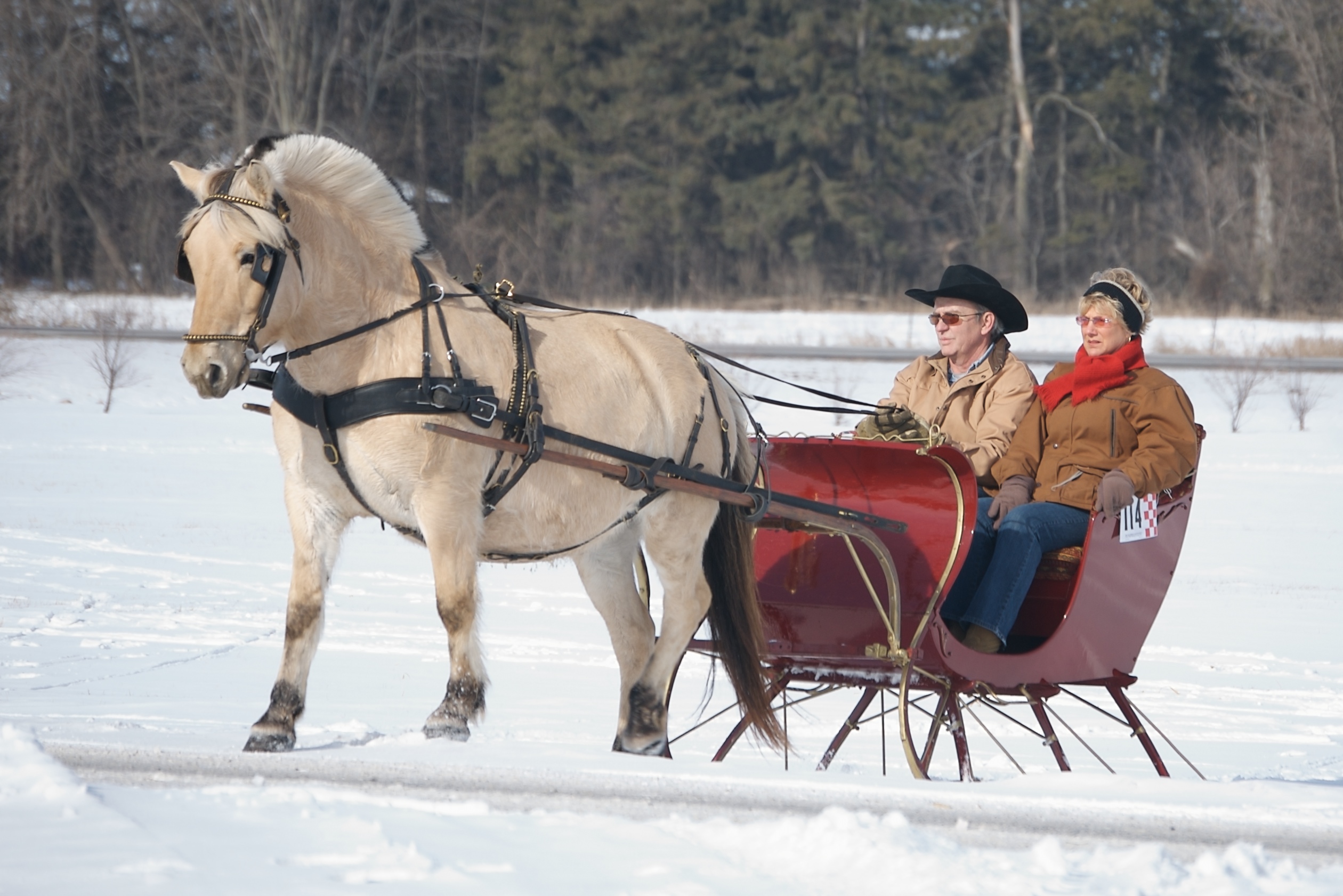 In the Northland, people experience very cold weather and it is always snow-covered on the land. The reindeer is an animal that can be seen on the north pole. People used to tie ropes and used them as sledges to move to and fro. The poet further added that children also look funny wearing fur coats. They all look like bears.

They tell them a curious story —

And yet you may learn a lesson

If I tell the tale to you.

They refer to the parents and elders and them refer to the children. The elders of the Northland tell their younger ones an old story. The poet says that he doesn’t believe it to be true. The poet continues as the readers might get something to learn from this ballad. The story at the end gives an important message.

The story is about Saint Peter who used to live in the world and went around preaching and giving lectures on religious teachings.

When Saint Peter was roaming around here and there giving preaching religious teachings.  He went to the door of a little cottage where a little woman was baking cakes on the hearth. Saint had not eaten anything the entire day, he was feeling hungry and weak. So, he went to this woman to ask her for a piece of cake out of the many she was baking on the hearth.

As the woman was selfish and greedy, she did not give cake from her store instead she started kneading and making one from the dough. She was very cunning and did not want to part away from her thighs very easily. She soon started and then looked at the cake. It was a little big so she scraped out some material to make it small.

The little miser woman thought it was a big piece to part away with so she very cunningly made a smaller one. When she looked at the cake, she again felt that it would be a big piece to give. She was not at all ready to give that piece also.

In her third attempt also, she took very small dough and baked a cake that was thin as a wafer. But she was so greedy and a miser that she couldn’t part away with also and gave a thin piece of bread to the Saint to eat.

The woman on this told that when she ate it seemed small to her and when she gave it to someone the cake looked big enough. She put all the cake on the kitchen shelf and could not give anything from it.

As Saint Peter was hungry and feeling weak, still the little woman was not giving him anything to eat. His behavior made the saint angered the woman.

Saint was angered and so he cursed the woman by saying that she does not deserve to be in living form. He further said that God had given food shelter and everything but she is selfish and does not have the habit of sharing things with others.

Saint Peter cursed the little miser woman and turned her to a woodpecker bird. Now she would also have to bore into the wood and collect scanty food working hard the entire day. She would have to work hard the whole day to get food and shelter. 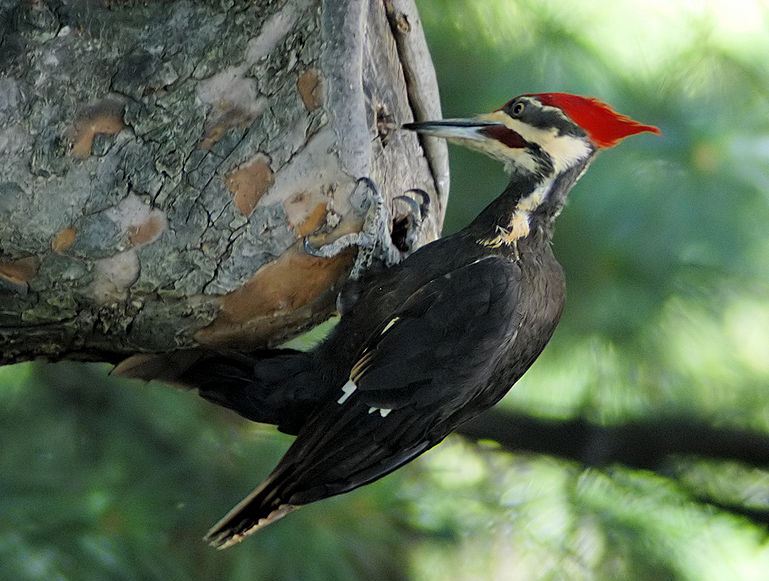 As soon as the woman was cursed, she did not even get a chance to justify, and at that very moment, she flew through the chimney. Saint’s curse had transformed her into a bird.

When the woman turned into a bird and went out through a chimney. She was wearing a scarlet but her clothes were burnt and she has turned as black as coal.

People and even the children living in the countryside have seen this kind of bird. They have seen her boring all day for food with her beak. Whenever any child sees this bird, their elders tell them this same story. They tell them that she was a woman who was very selfish and greedy. That is why a curse had turned him into a woodpecker bird.

Legend Of The Northland  Poetic Devices

Stanza 1 – that, they, them through – ‘th’ sound is repeating

funny, furry – ‘if the sound is repeating

learn, lesson – ‘a sound is repeating

tell, tale, to – ‘the sound is repeating

Them, the, hearth -‘th’ sound is repeating

by, boring, boring – ‘b’ sound is repeating

3. Repetition: any word or sentence is repeated to lay emphasis on it.

Stanza 1 – ‘away’ word is repeated

4. Enjambment: running lines of poetry from one to the next without using any kind of punctuation to indicate a stop

Stanza 9 – ‘baked it thin as a wafer. A cake is compared to a wafer.

Stanza 15 – ‘clothes were burned black as a coal’. The color of the burned clothes is compared to that of coal.

NCERT Solutions For A Legend Of The Northland Class 9

Q1. Which country or countries do you think “the Northland” refers to?

The poem is about a country where days are shorter and nights are long.

Q2. What did Saint Peter ask the old lady for? What was the lady’s reaction?

Saint Peter asked her for a piece of cake and that lady behaved very badly incessantly decreasing the size of the cake still she could not give him to eat.

He cursed her and transformed her into a woodpecker bird with a red scarlet and coal-black body.

Q4. How does the woodpecker get her food?

She had to bore the wood the entire day to get little food.

Q5. Do you think that the old lady would have been so ungenerous if she had known who Saint Peter really was? What would she have done then?

No, she would have given him a large piece to make him happy and to get something from him.

Q6. What moral lesson do you get from this poem?

This poem teaches us the value of sharing our things and happiness with others to help and love each other. If we are greedy we cannot prosper. Our charitable hands make us think about the pain others suffered.

To conclude, we have penned down the Summary Of A Legend Of The Northland Class 9 poem along with the ncert solutions. We have also explained the poem stanza-wise with poetic devices. Students can go through and can get a rough idea about the synopsis of the poem A Legend Of The Northland to clear their concept and get the gist of the poem according to the poet and would be able to make their own aesthetic sense.